Xtrabytes is a new cryptocurrency that requires no mining support.  It is not open source like some of the others but there are lots of very successful algorithms that aren’t.  The Microsoft Windows I am using as I write this isn’t open source.   The major software applications that we use aren’t.  Xtrabytes is still in testing so it is very speculative.

There are several reasons xtrabytes is showing up on our radar.  For one, xtrabytes is showing up on some big players radar in a big way already.   Overstock.com is already planning to accept it on its site.  It is one of the new ones that hasn’t already peaked and plateaued.   That means that there is still a chance to buy a significant amount before it possibly balloons.

Another reason that it is more interesting than some of the others is that it doesn’t require the mining support that older versions like Bitcoin do.  This is good because the mining rigs that are mining these cryptocurrencies are using a lot of energy.  Given that we are not using sustainable energies to run most of the nation yet they are only accelerating our worlds pollution issues.  It makes sense that better versions are coming out as technology improves along with Moore’s law.   *Moore’s law observes that the number of transistors in a circuit doubles approximately every 2 years which doubles computing power.   This is one example of how technology moves forward with Moore’s law.

As I mentioned in my last post on the bitcoin bubble.  We have been in a bull market as a whole for a really long time now.  Just look at this screenshot I took of the S&P 500, one of the major indexes. 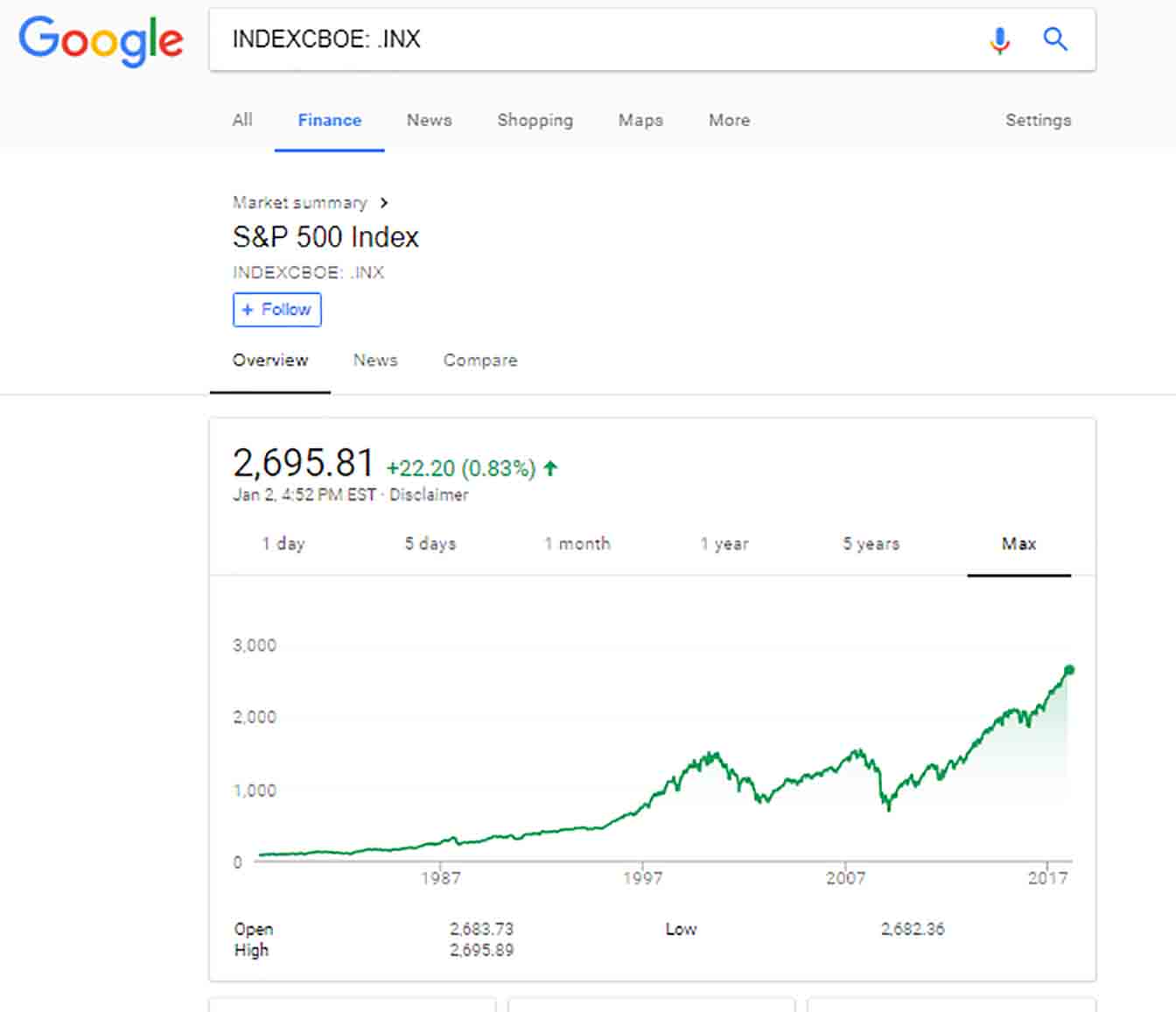 An expert economics grad from Princeton I know thought we were up for a correction a year ago.  This is looking like it could end really bad overall.   There is also the chance that the whole thing is fake, an elaborate facade meant to collect the money and run.  According to https://www.reddit.com/r/GDAX/comments/7mu3m0/hidden_gems/

There is also the whole onslaught of new ones like this coming which slowed bitcoin’s bull run when ripple started stealing market share.  There will only be more new ones to come as we build upon what we have learned.  But if you have money you can afford to lose and are concerned about missing the boat that is also a valid concern in my opinion.

Where and How to Buy

First of all, you need to have some of the Bitcoin, Ethereum, or Litecoin.  You can buy these cryptocurrencies from

Then you can transfer the Bitcoin, Ethereum, or Litecoin to Xtrabytes on www.cryptopia.co.nz.  From my research, I found that it’ll be faster and cheaper (fee) if you’re using Ethereum or Litecoin instead of Bitcoin.

My Most Recent Blog Posts