Some Arguments For and Against Bitcoin Being a Bubble

The price of bitcoin went up significantly again this week and has been going up maniacally since the start of 2017.  It was something a lot of us had about heard about occasionally before, but nothing too exciting.  I haven’t met anyone who had foreseen this and half the people I talk to still don’t know a thing about bitcoin and other cryptocurrencies.  I hope to demystify it a little bit here.

What are Bitcoin and other Cryptocurrencies?

Blockchain is a way of coding that makes cryptocurrencies possible.  As I understand it, blockchain is a list of blocks that are connected, like a chain and secured using cryptography.  Hence the, crypto in cryptocurrency.  They are also inherently resistant to the changing of data and don’t require a central server which makes them cheaper and safer.  This is the value added that is making people like me think it’s worth buying.  Like gold, the properties of it have inherant value.

The Insane Increase in Value

Is the value so much that it should increase in magnitudes every week?  This is why this topic is all over the media right now.  Someone like me, a humble physical therapy assistant could retire well had I gotten in early.  And now still may be early according to what some people are saying.

Bitcoin was made in limited supply which increases demand.  It was set up so that the closer to putting the last bitcoin in circulation we get the harder they are to get them in circulation.  They are put into circulation by a process called mining.

I think bitcoin mining is cool name because it makes it similar to gold and easier to be comfortable with.  Part of what is unnerving about the whole thing is something becoming valuable out fo nowhere.  Gold is found in the ground and has immediate value.  This has worked for hundreds of years so it makes the idea easier to digest.  Many still think this still sounds too much like hacking.  Here is a video to clear that up.  Once I understood it, I felt much better.

Some people are saying this inflation is just part of the cycle.  They were saying that a lot of people will start buying in when it hits 10,000, which happened.  These people were saying everyone will buy in when it hits 100,000 for one bitcoin.  According to this weeks trend this has been true.   If that’s the case I want to be on this wave rather than looking at it from behind.  But there are valid concerns both ways.

My problem is that I didn’t get in early and most of us didn’t.  If I had gone in with even as little as $2000, in the beginning, I could be living in a nice house.  It would also make retiring with better than a tiny budget look more possible.  I bought in about a month ago and wish I bought more.  The problem is that I have never had such a rush when doing something that is such a gamble.  I have never really craved gambling in fact.  I have zero desire to go to a casino when friends ask and I am some what of a cheap skate.  I can’t see myself selling this though, the alure of it becoming ubiquitus and my having been one of the smart early investors is too great.

The best argument against investing in these currencies.

If you watch this video it looks a lot like what we are seeing.  But is it comparing apples and oranges?

You could then make the analogy of diamonds and lab made diamonds.  People have been saying that diamonds are a bad investment because once they can be made easily the market will be flooded.  Obviously, this could hurt their value significantly.

Arguments swaying me to keep buying.

As mentioned before, bitcoin also has unique properties because it’s built using blockchain which makes it cheaper and more decentralized than typical banking.  This makes everyone involved feel less traceable and safer.  When capitalism works at it’s best the products that keep everyone safe from corruption win in the end.  Maybe I am naive, but I believe in this principle. 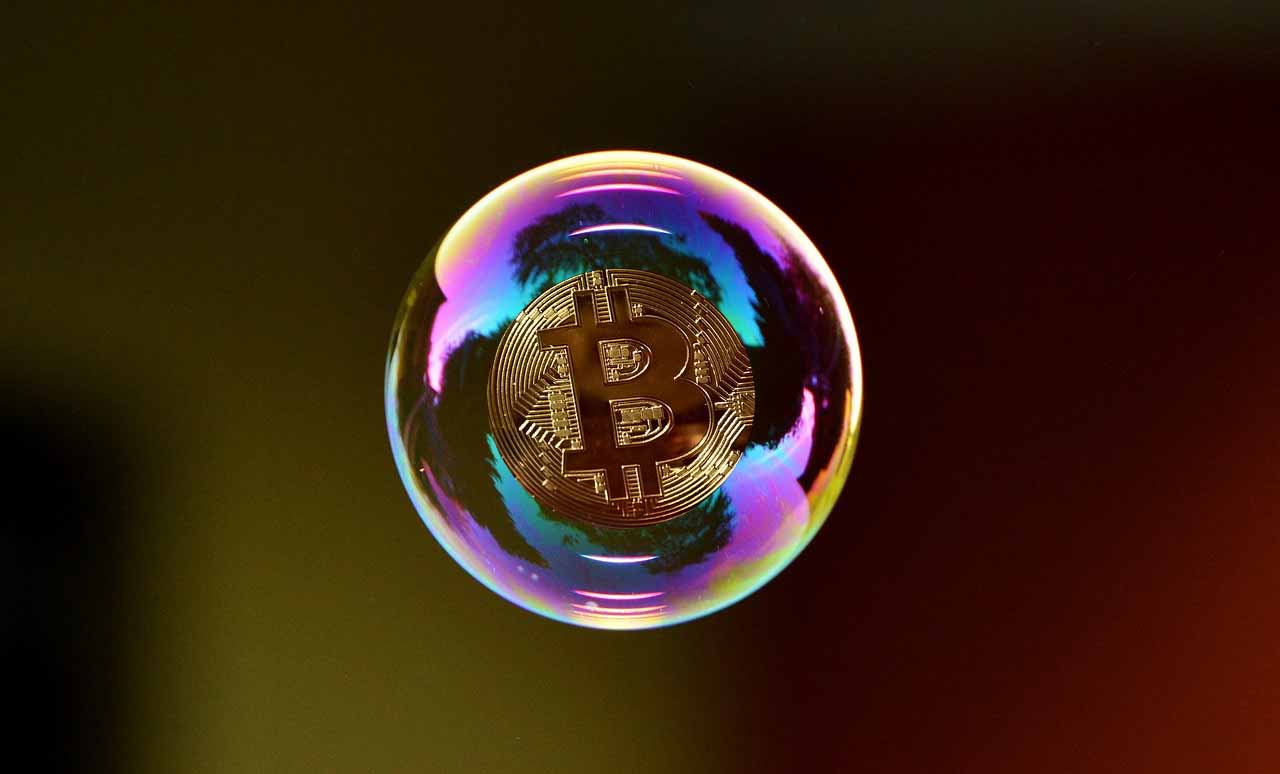 Bitcoin Bubble About to Burst

I save a little every month and that is money I am willing to risk for the possibility of significantly greater earnings.  I am not spending my savings on this, I am just investing what I have left over.  It sort of compounds on it’s own but that’s not really a good analogy because you are not reinvesting.  It just goes up or down. Because people are saying that the value will continue to go up until the currency is ubiquitous I want to stay in.  Am I crazy?  Based on people like Bill Gates and Richard Branson who support these currencies as a good idea probably not.    Based on that and the structure that was put into place to make sure that the value goes up, I am buying in.

Below is the affiliate link to sign up for Coinbase.  Sign up using the link and we both get $10.  🙂   Invest using only money you can afford to lose!

My Most Recent Blog Posts